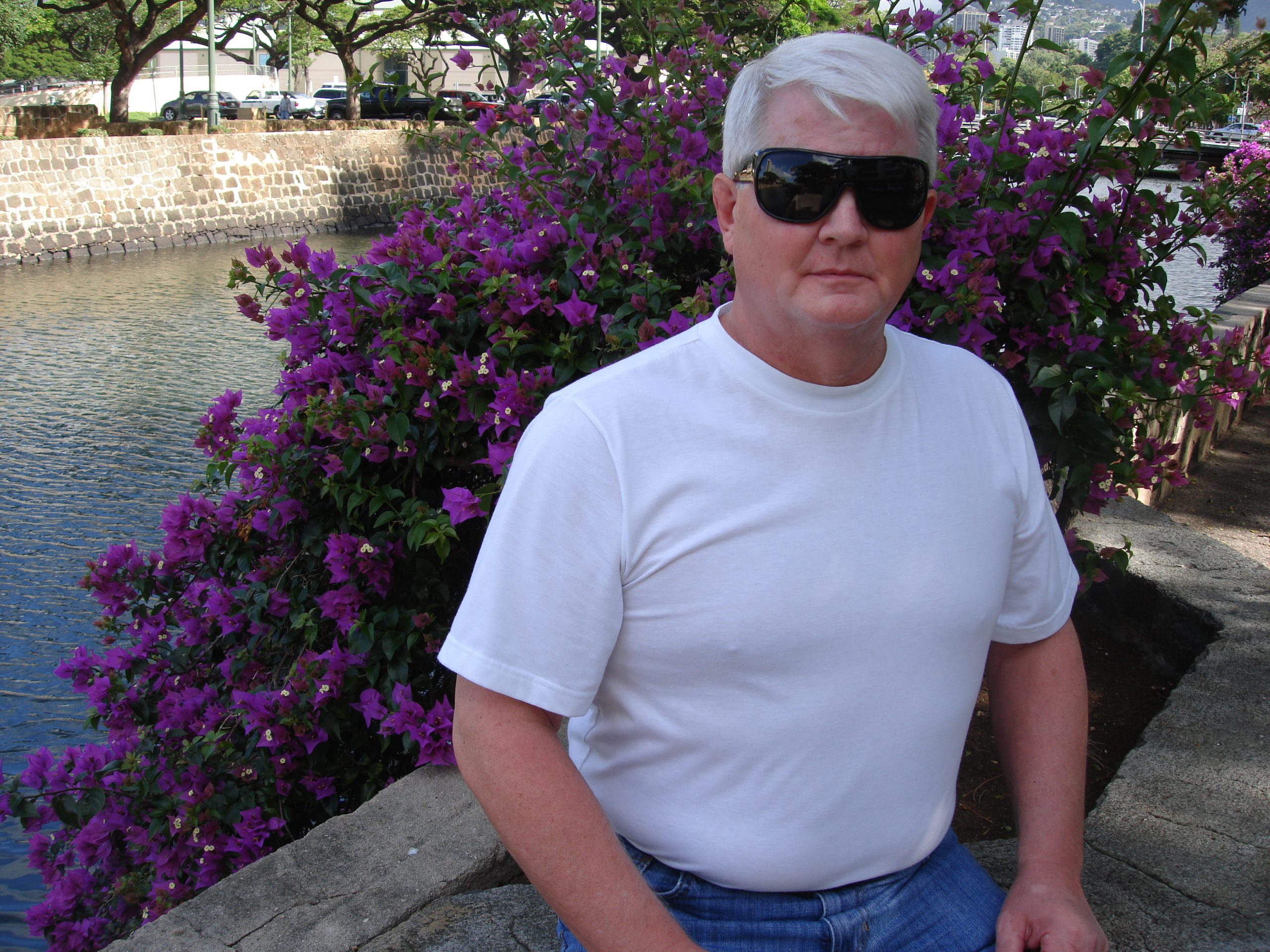 Tom is the Texas Authors First Place Nonfiction Historical Book Award recipient. Tom grew up in Shelbyville Tennessee and began his business career at the age of five. He sold clove salve, Gazette Newspapers and Christmas cards door-to-door. His father taught him how to trade by buying and selling ponies, goats and beagle hounds.

Born into a family of entrepreneurs, at the age of 12 he began working June 1, 1959 seven days a week in the family grocery store with his father.  Instead of paying Tom, his father made a deal with him that after working all year in the grocery store, he would take him to Nashville to eat all the 5 cent Krystal hamburgers he could eat which was 12.

Tom worked after high school classes except when playing baseball (9-years), football (7-years), basketball (7-years), running track (4-years). During his high school junior year, he was honored to be selected and served as a US Congress House Page for Joe L. Evans who was as a Tennessee Congressman for 35-years.

He tells his Texas wife he is a pre-native Texan since his relative Davy Crockett died at the Alamo for the independence of Texas.  My family fought in the American Revolution, Civil War and WWII.

I am and always have been a Methodist.  My grandfather was a Methodist Minister at a small country church in Chapel Hill Tennessee in the early 1900s.

Tom was the first in his family to go to college.  His dad drove him to the college campus, gave him $5 and wished him luck.

In college Tom was on the collegiate debate team for four years. He was a college athlete in the martial arts.

After graduation from Tennessee Technological University in 1970 he took a job as a federal grant specialist. Later, Tom was hired as an independent consultant to a 2-division wholesale and retail electronics distributorship in Chapter 11.  Taking full charge, he was successful in its turnaround within nine months.

Tom worked several years as a manufacturer sales rep before taking a job as the marketing manager responsible for national accounts and all international business at a mechanical and electromechanical custom manufacturing plant with full inhouse capacity.

In 1998, he was selected for the 5-person team sent to Russia to support creation of small business and revival of industry. Tom's main mission was helping in the restart of the Russian economy. His work on how to turn a national economy around and prevent it from ever recurring was implemented and it worked.

Tom was teaching Russian government officials for their Oblasts entrepreneurship programs. His lectures on small business and aspects of the American incubator program were part of his mission.  Tom took his program to six Closed Cities in Russia ... Orekhovo Zuyevo, Reutov, Solnechnogorsk, Serpukhov, Yubileyny, and Balashikha.

Tom got his start as a teacher at the University of Tennessee and continued later on at the University of Maryland teaching high ranking military officers, Southern Methodist Cox School of Business, Texas Woman’s University and several other colleges. His teaching subject areas at the undergraduate, graduate and doctoral level were Marketing, International Business, Economics, Manufacturing & Quality, Logistics, World Geography, History, Political Science and Law.

Tom continued later in life his studies to earn beyond his two PhD degrees, additional MBA and MS degrees for teaching business undergraduate, graduate and doctoral courses for over fifty years and a JD degree for teaching law for over forty years.  Eventually he received full-professor rank in the teaching fields of marketing and international business.

He was honored as being the first, last, and only recipient of the Ethics Award for many consecutive years.  Tom was honored on more than one occasion the Favorite Teacher Award voted on by the entire student body.  This honor recognized his exceptional teaching and dedication to his students.

Tom has traveled to over 24 foreign countries while teaching as an international Visiting Professor in China (Southern Yangtse University in Wuxi), Hungary (Sopron), and England (Henley).  He has taught on military bases at Davis Monthan AFB in Tucson Arizona, Fort Carson in Colorado Springs Colorado, Holloman AFB in Alamogordo New Mexico, and Malmstrom AFB in Malmstrom Montana until 9/11.

In 2013 Tom left the academic community and turned all his efforts to full-time writing and publishing his books as an independent professional author.  In 2019 he was the Texas author award winner in historical nonfiction.

Tom's unique writing style is highly creative.  His ideas are moving, taking the reader from the ordinary to the unthinkable.  Tom writes to create new thoughts and launch the imagination into a wonderful world.

The two areas of focus are the publication of his nonfiction books in the MKI - Market Intelligence Series and GELS – Grooms Executive Leadership Series. He was a former paid consultant and paid speaker offering customized presentations and lectures in market intelligence, economics, the family business, and futuristic ways for the coming generations to make money.

His former students from all of the world continue to contact him to engage in discussions about what is important to them.  Tom's students still find his practical lessons taught in the classroom help them with their entrepreneurial interests and daily lives.

His practical teaching always was focused on encouraging his students to be entrepreneurial and independent.  Today over a third of his former students are millionaires and a few on their way to being a billionaire.

Thanks for visiting me and hearing my story ... ~tom

Medical Research
Dr. Grooms taught at the Texas Medical Center in Houston Texas and Southwestern Medical Center in Dallas Texas.
His research and writing in medicine and on health produced a series of articles on Health and Longevity.

Business Plan Outline … A Step-by-Step Way to Immediate Profits (1995 First Edition) The business plan concepts are an integral part of the entrepreneur, executive and CEO strategy for the business to be profitable and compete more effectively in increasingly competitive markets. These guidelines provide the understanding to make better judgments about business risk in the world marketplace. This is a total system for success. 195 pages, 4-editions McGraw Hill: 0-07-240367-5.

International Business Law for the 21st Century Executive (1991) This treatise is designed to be a working document and a technical survey of the most significant legal principles to aid the twenty-first century executive. The two laws that make civilization possible are (1) do what you have agreed to do which is the basis of contract law, and (2) do not violate persons or their property which is the basis of tort law and criminal law. A working understanding of legal principles in operating a business in foreign markets and international law, makes the entrepreneur, executive and the CEO more effective to compete in increasingly competitive markets and to make judgments about the political and business risk of doing business in countries around the world. 118 pages, 3-editions AMI Publications.

The Differences Between Scientific and Artistic Cross-Cultural Communication Understanding of Forks (Russia) … Chopsticks (China) … Hands (Iran) (March 2010) This study identifies the dimensions in which the artistic and scientific approaches of Russia, China and Iran within their cross-cultural understanding as a communication system differ. The paper explores how social power is embedded in manners, etiquette and social graces, tone of voice and speech or language exchanged in everyday life between Russians, Chinese and Iranians. 12 pages, Moscow State Region Institute for the Humanities – Peer Reviewed Conference Paper Orekhovo-Zuyevo, Moscow Region, Russia.

Market Intelligence: CEO Attitudes Toward Knowledge Management Systems (2001) Study about the knowledge and understanding of market intelligence of CEOs, Presidents, & Senior Executives of Pharmaceutical Companies Worldwide. 534 pages, UMI and US Library of Congress: TX U-987-180.